Meltwater was founded in Oslo, Norway, in 2001. As the legend goes, the company started with only two men, a coffee machine, and $15,000 in startup capital. Our original address was Shack15, a little office space located in a shipyard in Oslo, where the team cobbled together borrowed hardware to create our first server farm. As the world’s first online media monitoring company, the team worked tirelessly to educate the Norwegian market on the value of tracking, monitoring, and analyzing online news.

Our footprint began to grow in the early 2000s as the company’s operations began expanding throughout Scandinavia, then the United Kingdom, and, eventually, Europe. After focusing our attention on conquering the United States, we set our eyes to Asia-Pacific. By 2008, we had a physical presence—and an impressive customer list—on every continent.

During this time, we became one of the first companies globally to offer social listening and social media analytics, and have consistently been at the forefront of innovation within our industry. Over the past five years, we completed eight acquisitions, earning us international recognition as one of the most prominent acquirers of Artificial Intelligence (AI) and data science companies in the world.

Today, we are proud to have built Meltwater into a global company. We know many companies take a different path to growth, but we aren’t like many companies. We are Meltwater, and we think that’s what makes us unique. We hope you do, too. 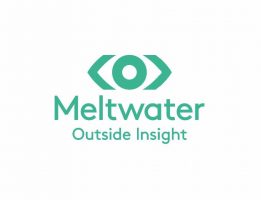